You are here: Home / mental health / Is It Time to Befriend Your Inner Critic?

It’s always there, in the back of your mind, picking on you and nagging at you. Our inner critics can be fierce and cruel. They can prevent us from trying new things or doing something that requires vulnerability. They tend to focus on the negative and worst possible outcomes. For anyone living with a strong inner critic, the experience can be extremely limiting and upsetting.

For most people, attempts at overcoming their inner critic involves vacillating between trying to ignore it and fighting it. You may have even tried balancing it out with positivity. While these approaches can work, they’re often temporary. Trying to fight, quiet or ignore our inner critic often creates an internal battle of wills, leaving us feeling worn out and hopeless.

The good news is, you don’t have to live with your inner critic’s voice nagging you every day. But rather than learning to control or defeat your critic, you’ll need to do something seemingly bizarre…befriend it.

How does it start?

Inner critics develop for a variety of reasons. In some circumstances they’re the internalized messages we received from others as a kid. If you had parents who were always putting you down or themselves down, you probably adopted this language yourself. The mom who’s always talking about her weight in front of her daughter (even if she’s not talking about the daughter’s weight) can become the internal voice for the daughter as she considers her own body image. The parent who’s critic of their child’s grades, can also become an internalized voice. Of course, we can develop our inner critic in other ways too.

What’s the point of our inner critic?

Think of your inner critic as someone putting a magnifying glass on negative events, in efforts to help you. A mean, critical voice telling you not to say that, wear that, do that could be trying to save you from embarrassment; something it knows from experience, brings you pain. Learning to understand our critic can be key in minimizing its impact.

Why would you want to befriend it?

When we approach with empathy rather than reaction, we learn more about ourselves, including the hows and whys of our thoughts and behaviors. Befriending our critics means learning to understand our critic and not getting sidetracked by our own reactions to what it’s saying.

Tools for befriending our inner critic:

After you’ve begun to befriend your critic you will probably notice the critic starts to soften and ease up. If you’re not finding this, try going back through the steps paying careful attention to any reaction you may have to your critic, or any attempt to “control” it. Remember this back and forth is what creates our inner battle of wills.

For more info on befriending your critic check out Kristin Neff’s work on self compassion or Richard Schwartz’ work on Internal Family Systems. 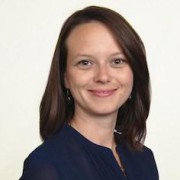 Our office is currently offering telehealth and limited in person services, following CDC guidelines for vaccinated individuals. We are not utilizing lobby spaces at this time, and masks should be worn in common areas. Please speak to your therapist with any questions or concerns.